For the month of May only, free complimentary copy of The Death of Ink in anticipation of July’s release of book two Paper Cuts.

Summary: Paige Langley is a writer. Always was. Always will be. It’s her senior year and she’s determined to win the school’s writing contest—at any cost. When she meets Devon Connors the last thing she expects is the intense attraction that sparks between them. Though he’s obviously involved with another girl, Paige is drawn into his world when she finds a binder that belongs to him, never dreaming the key to winning the contest lies with Devon and his notes. But how could she know her savior has his own dark, deadly secrets…secrets that can cost them their lives. 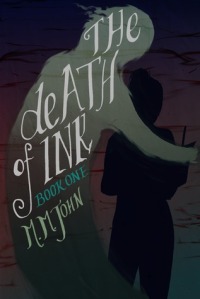 May will certainly be an exciting month for all of you DOI fans.

Follow me here or on Tumblr for an exclusive behind the scenes look at the production of The Death of Ink and Paper Cuts.

A free ARC copy of the re-released version of The Death of Ink.

A chance to be in a raffle to win the hard copy versions of The Death of Ink, Paper Cuts, a complimentary tote, notebook and pen (prizes released in July)

A Trip into the Darkness: Inside The Collection- an intimate set of journal entries detailing the making of Paper Cuts and The Death of Ink, plus exclusive and revealing character interviews (via Tumblr blog and Facebook)

3. Fill out this form below: